Please check your inbox and follow the link provided to confirm your susbcription.

"The expansive Copperview project is a strategic acquisition of quality properties with immediate exploration upside and the potential to host major copper-gold porphyry systems and polymetallic mineralization. The acquisition terms are favorable, and the ready access and setting allow for immediate field investigation of known showings and targets by our exploration team." 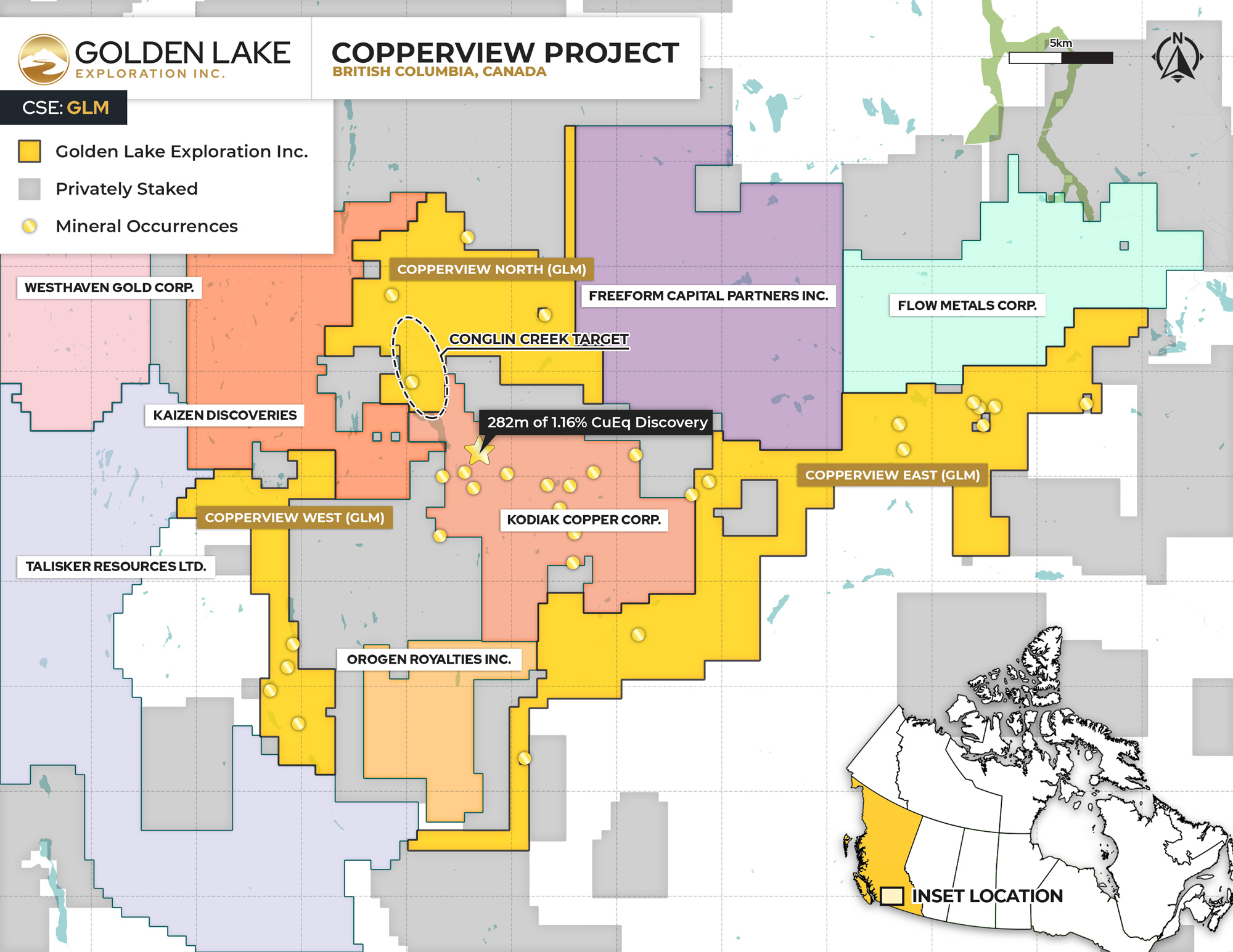 Much of the Copperview project has seen only limited exploration activity and only a few shallow drill holes. Historic exploration focused largely on exposed surface mineral showings and several large untested copper-in-soil and gold-in-soil anomalies are known and can quickly be advanced to new near-term drill targets. With some exploration activity dating to the 1960-1970s, many historical copper intervals were not assayed for gold, representing underexplored gold potential.

The Copperview project covers, or is adjacent to, nine (9) known Minfile (BC government designation) mineral showings or occurrences, and also covers with the mineral rights, three historical small placer gold operations (Minfile past producers). The Siwash West 1000 claim block west of Mizzezula Lake is the closest area to Kodiak’s recent drilling, located approximately 4.2 kilometers northwest of hole MPD-20-004. The southeast and east portions of the Copperview project are contiguous to Kodiak’s MPD Property. Management will provide further information on pending exploration plans on the Copperview project following a detailed review and compilation of Minfile and assessment reports and a site visit. 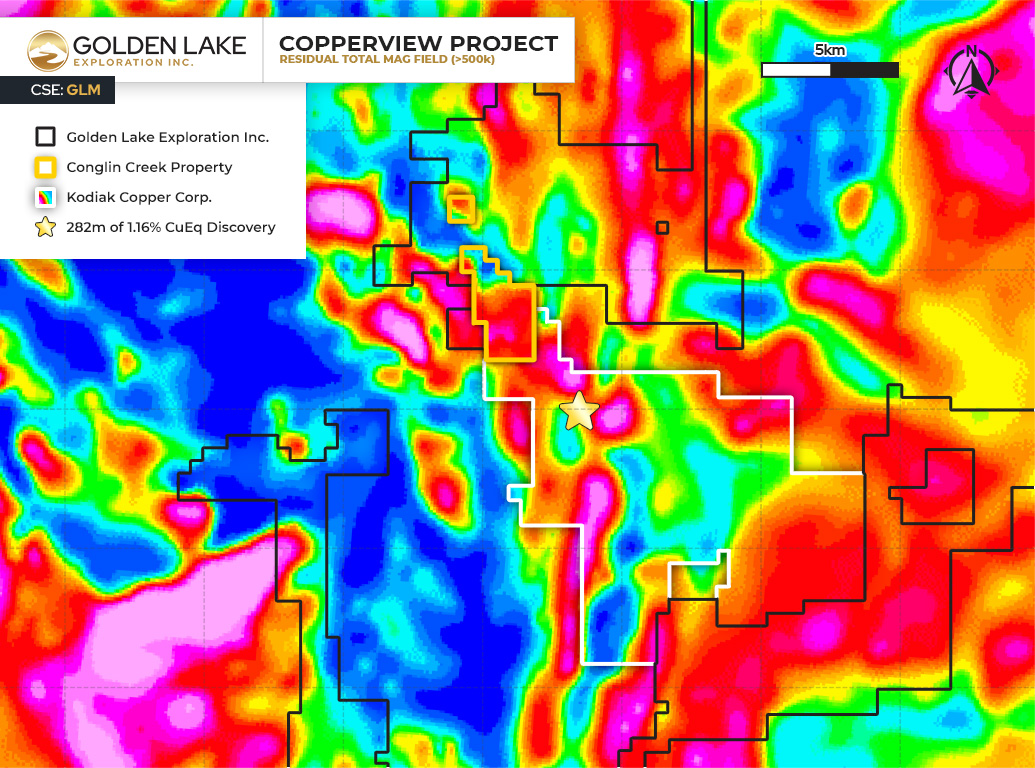 Golden Lake recently acquired (see PR Golden Lake, September 22nd, 2020) an additional strategic property known as the Conglin Creek Copper Property located contiguous and north-west of Kodiak’s MPD Property. The property covers a strong magnetic high anomaly that trends in a north-west, south-east direction from the Gate and Prime zones on Kodiak’s MPF Property. A soil geochemistry survey completed in 1973 indicates strong copper-in-soil anomalies trending north-west to north-south. Copper values of + 400 parts per million (“ppm”) occur of strike lengths of 125 to 150 meters, enclosed by copper anomalies with values of 200 - 400 ppm Cu over strike lengths of 400 to 500 meters. Note that the Company has not verified the values in government assessment filings, and they are not to be relied upon, and additional sampling, assaying and verification is required. The Company’s recent acquisition also covers the Conglin Creek Showing (Minfile 092HNE132, BC government designation). There has not been drilling on the Conglin Creek property, to the best of the Company’s knowledge.

Golden Lake has recently retained Exploration Facilitation Unlimited Inc. to initiate a reconnaissance exploration program. EFU will mobilize a four-man crew to the Copperview Project within a week. Field activities will include prospecting, rock and soil sampling, and geological mapping with an initial focus on nine (9) known Minfile (BC government designation) mineral showings or occurrences. In addition, on claims located approximately 4 kilometers northwest of Kodiak’s drill hole MPD-20-004, the exploration crews will prospect for extensions of, and parallel zones to, the Conglin Creek copper showing located near the eastern claim boundary.